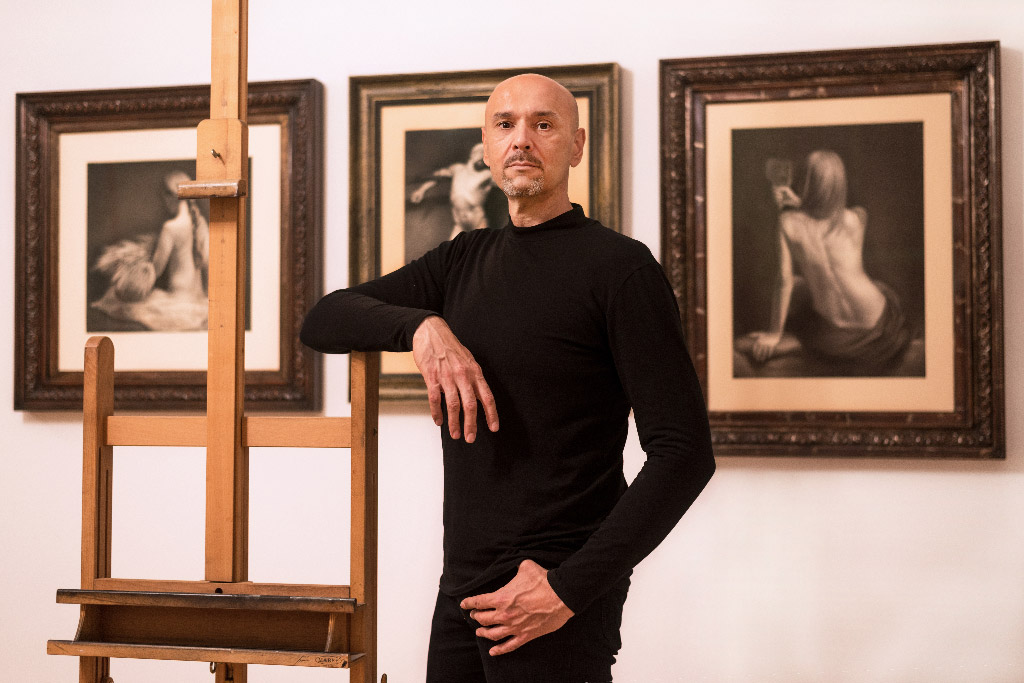 Damir May is a living master of portraiture & figurative art who graduated from Angel Academy of Art in Florence, Italy with main emphasis on the techniques of “Old Masters”. Founder of May Fine Art Studio and May Gallery in Vienna, Austria.

“When one looks at Damir May’s work, it is clear that he is the modern day successor to the Florentine tradition. He has emerged as one of the consummate artists of the 21st Century” said Ross Tiffin in his article about Damir published in Art of England magazine.

Over the years he has won a string of Awards in international art competitions. Articles about him and his work have been featured in Art of England, Sunday Morning Newspaper, Picture Business, Luxury Living, Playboy, Contour, Kurier and Life Style magazines.

His drawings and paintings are presented in several books such as Forgotten Beauty, Strokes of Genius 5: Composition and Face Figure Identity.

His works are found, inter alia, in respectable collections of Carl XVI. Gustaf, King of Sweden, Fumihito of Akishino, Prince of Japan, Croatian Parliament and Fred Ross, the president of Art Renewal Centre. Along that, his works are permanently represented at the Angel Academy of Art.

More information about the artist can be found at www.mayportraits.at .

We offer drawing and painting courses for children, youth and adults.

In a supportive and pleasant environment you will learn skills through a clear and structured way of teaching which will give you confidence to advance.

Working from a selected study of your choice (portrait, still life, figure, seascape or landscape), you will learn the specific step-by-step process to gain a clear understanding of the principles of oil painting, and the best techniques and materials to use. 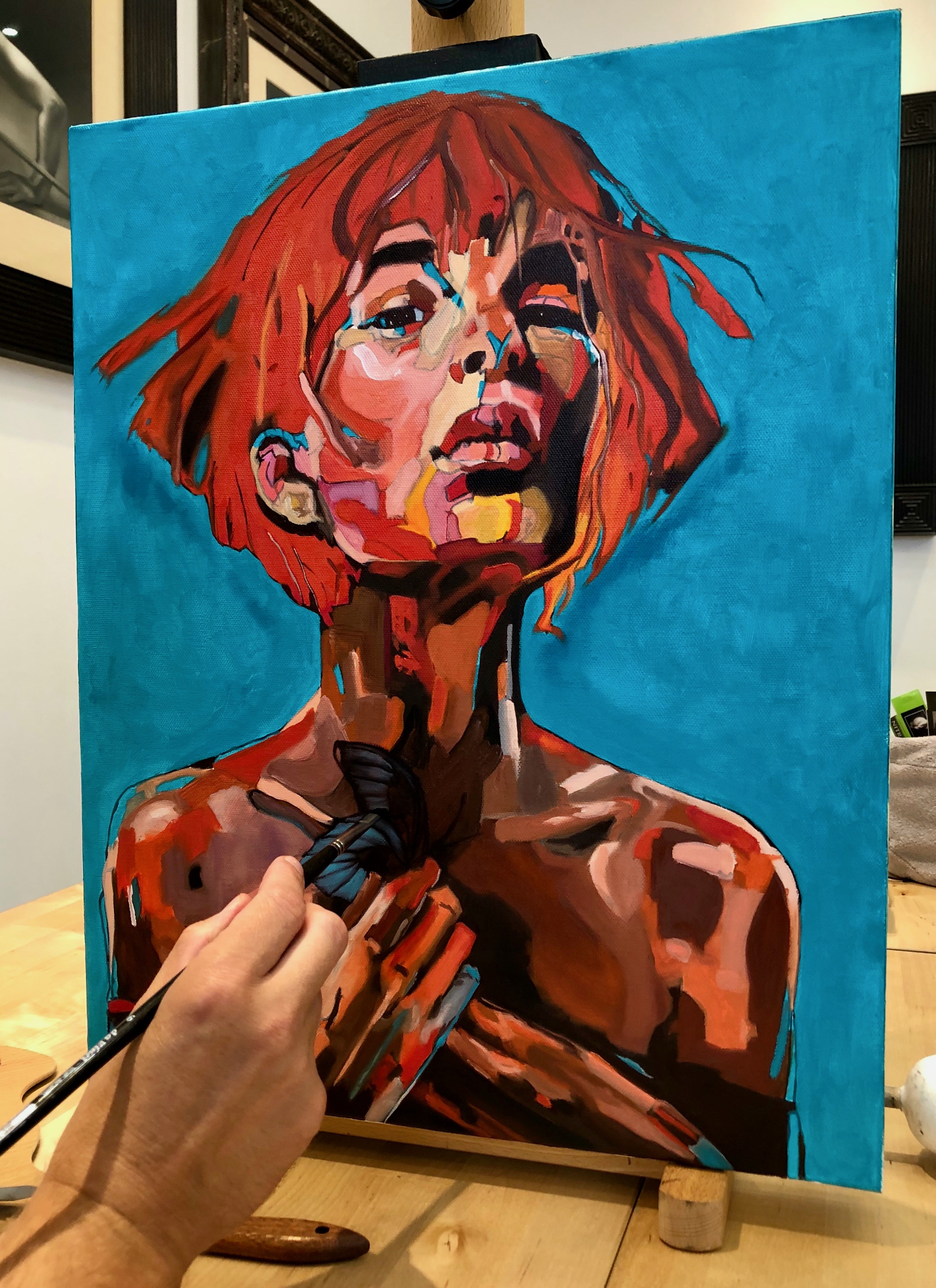 Working from a selected study of your choice, you will learn the specific step-by-step process to gain a clear understanding of the principles of oil painting, and the best techniques and materials to use. 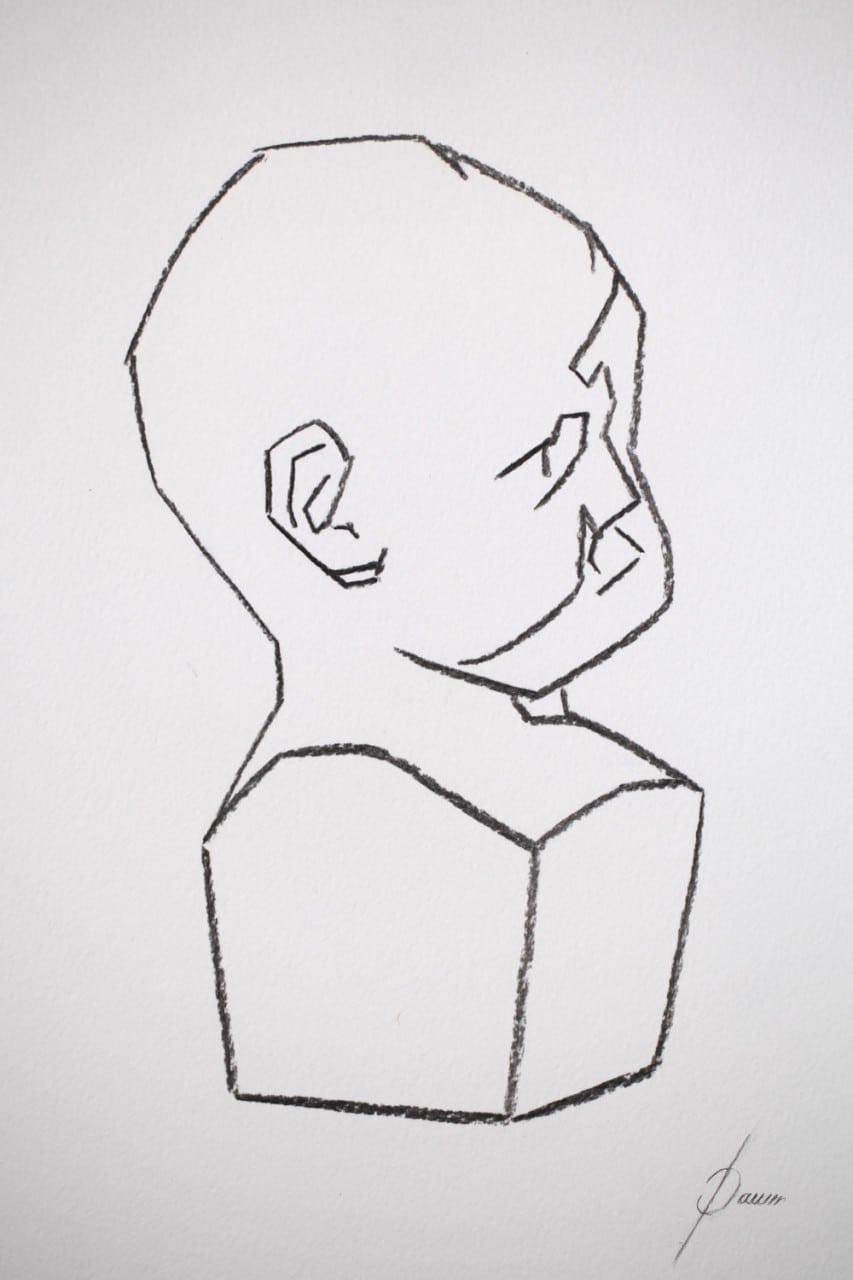 The ground technique of drawing is the line drawing. The course starts with specially prepared sketches which give effective information and teach about form, proportion and tonal rendering.

The goal of  the course is to develop abilities of the participants through traditional education and exercising. 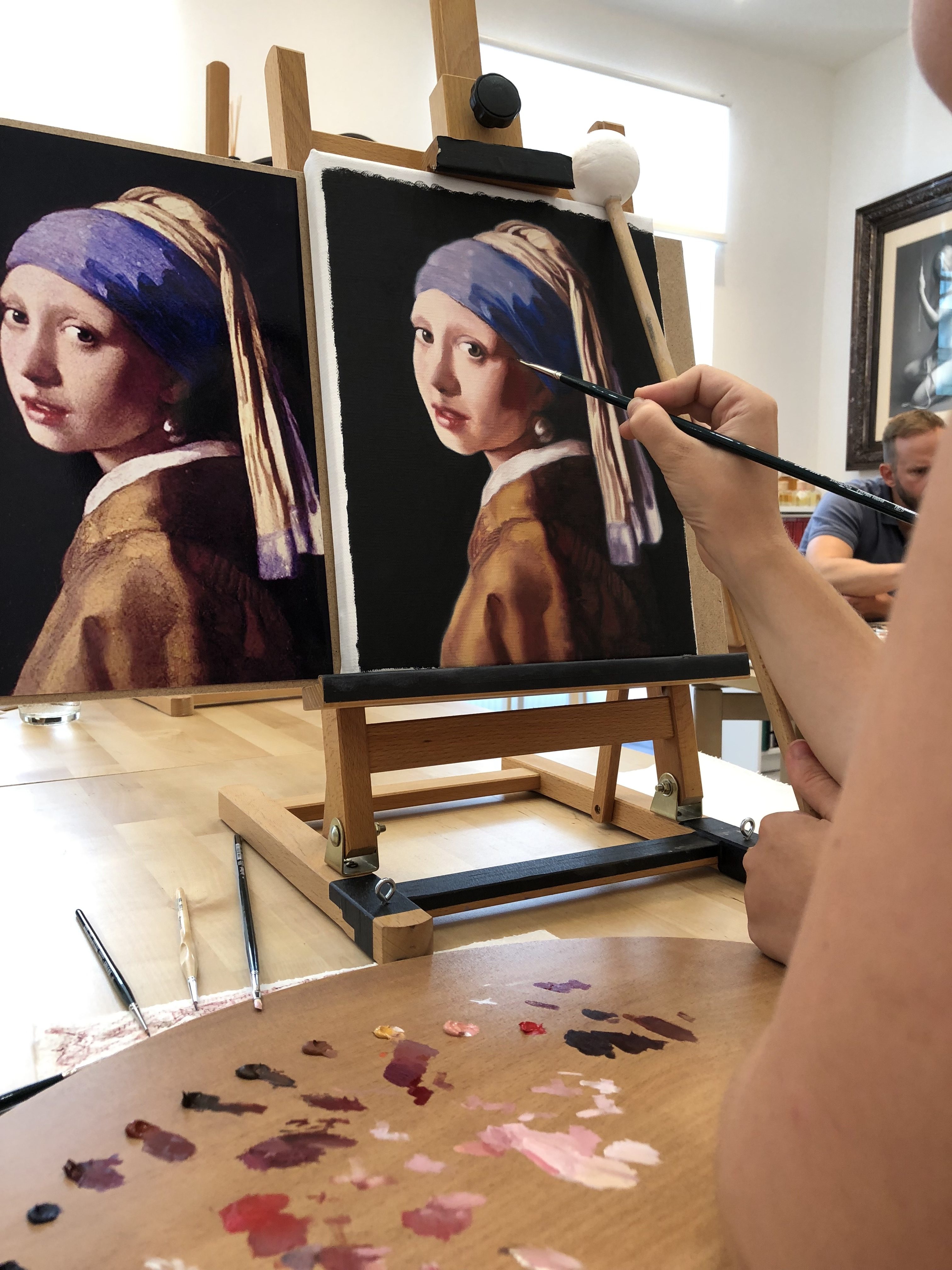 Working from a selected study, you will learn the specific step-by-step process to gain a clear understanding of the principles of portrait painting in oil. During the course you will complete a copy in oils from Girl with a Pearl Earring by Dutch artist Johannes Vermeer. 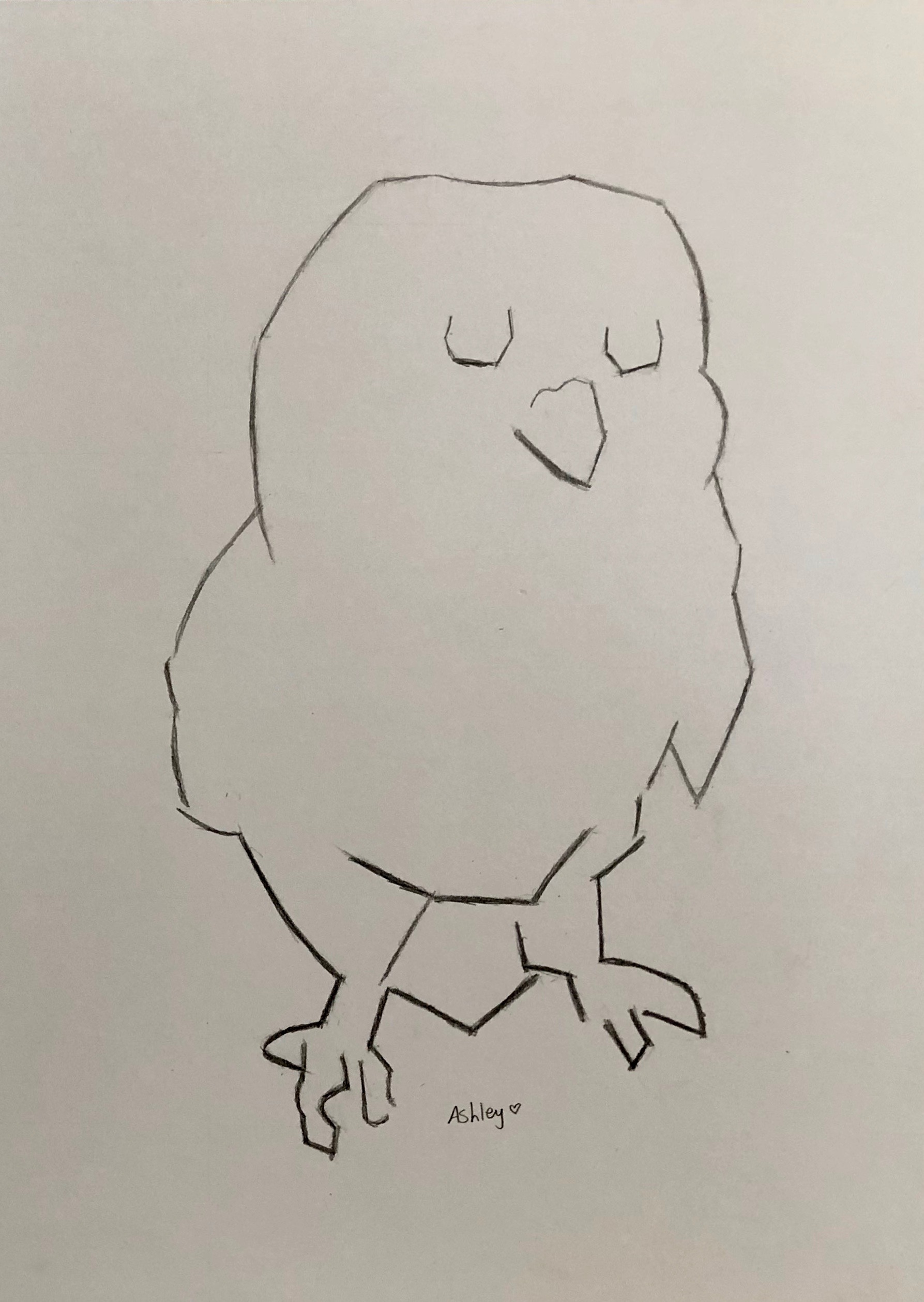 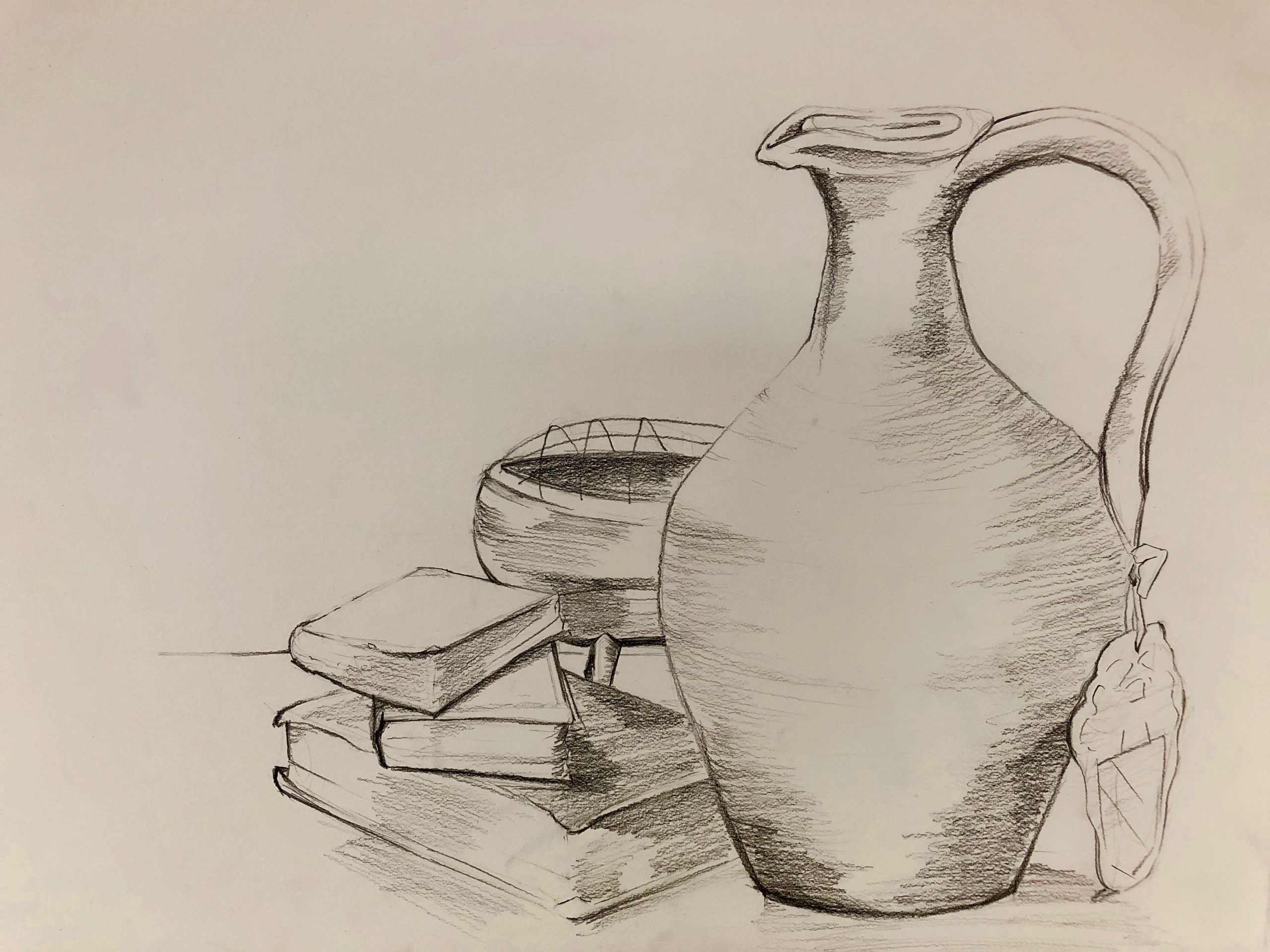 This workshop is the opportunity to work from different still life set ups and compositions at each session.

Still life drawing is an effective way to explore fundamentals of drawing and learn about proportion, relative proportion, composition, relationships of objects, focus and edges.

Beginning with the drawing stage through to the final glazes all stages of painting process will be discussed and practiced. Instructor will individually assist each student as they progress on their study. The emphasis is on the creation of a solid, three-dimensional illusion. 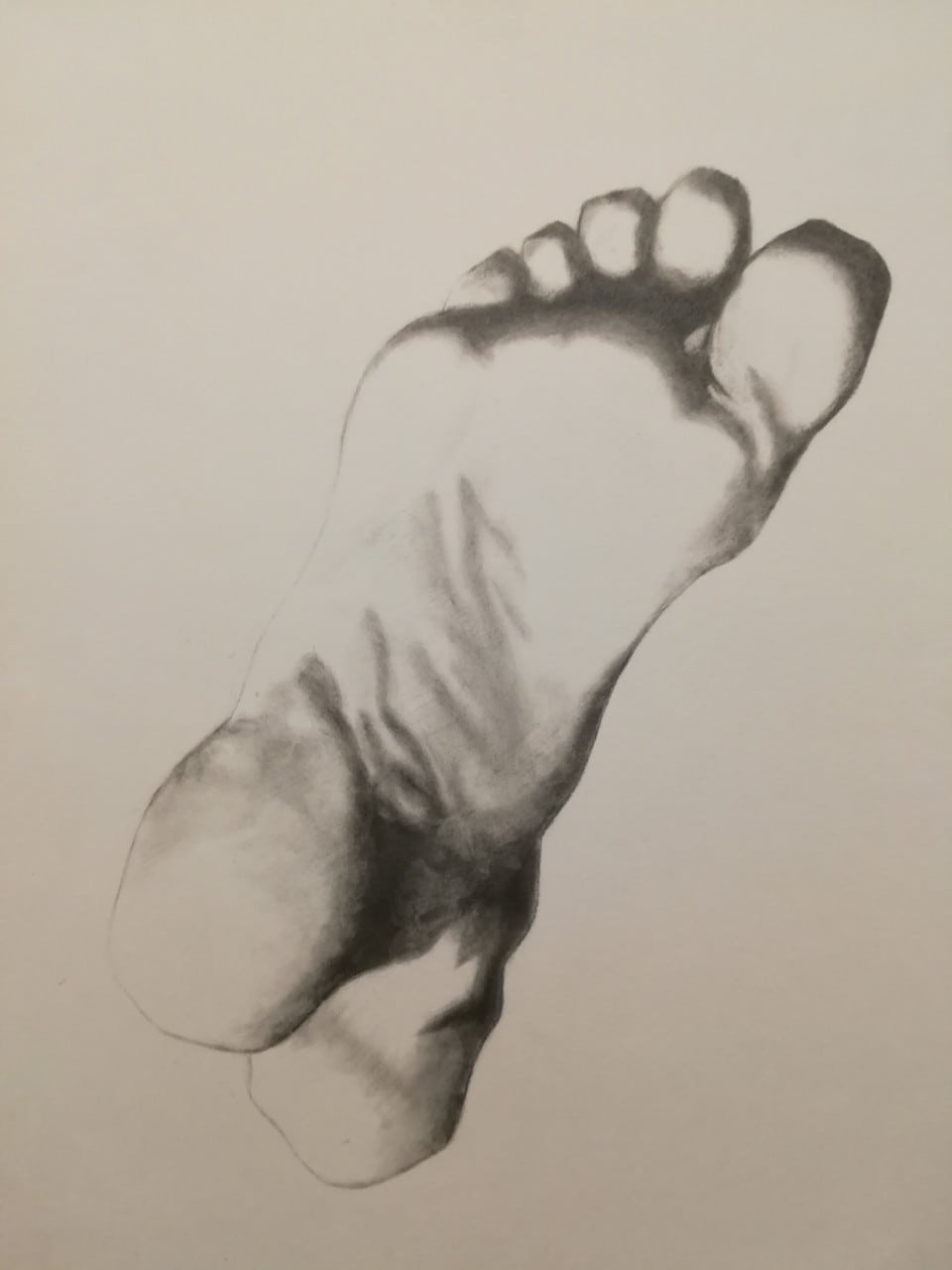 The course starts with specially prepared sketches which give effective information and teach about form, proportion and tonal rendering. After line drawing, participants begin with 2D drawing, where rendering and shading are introduced.

The final goal is to achieve illusion of space so participants will be introduced to 3D drawing. 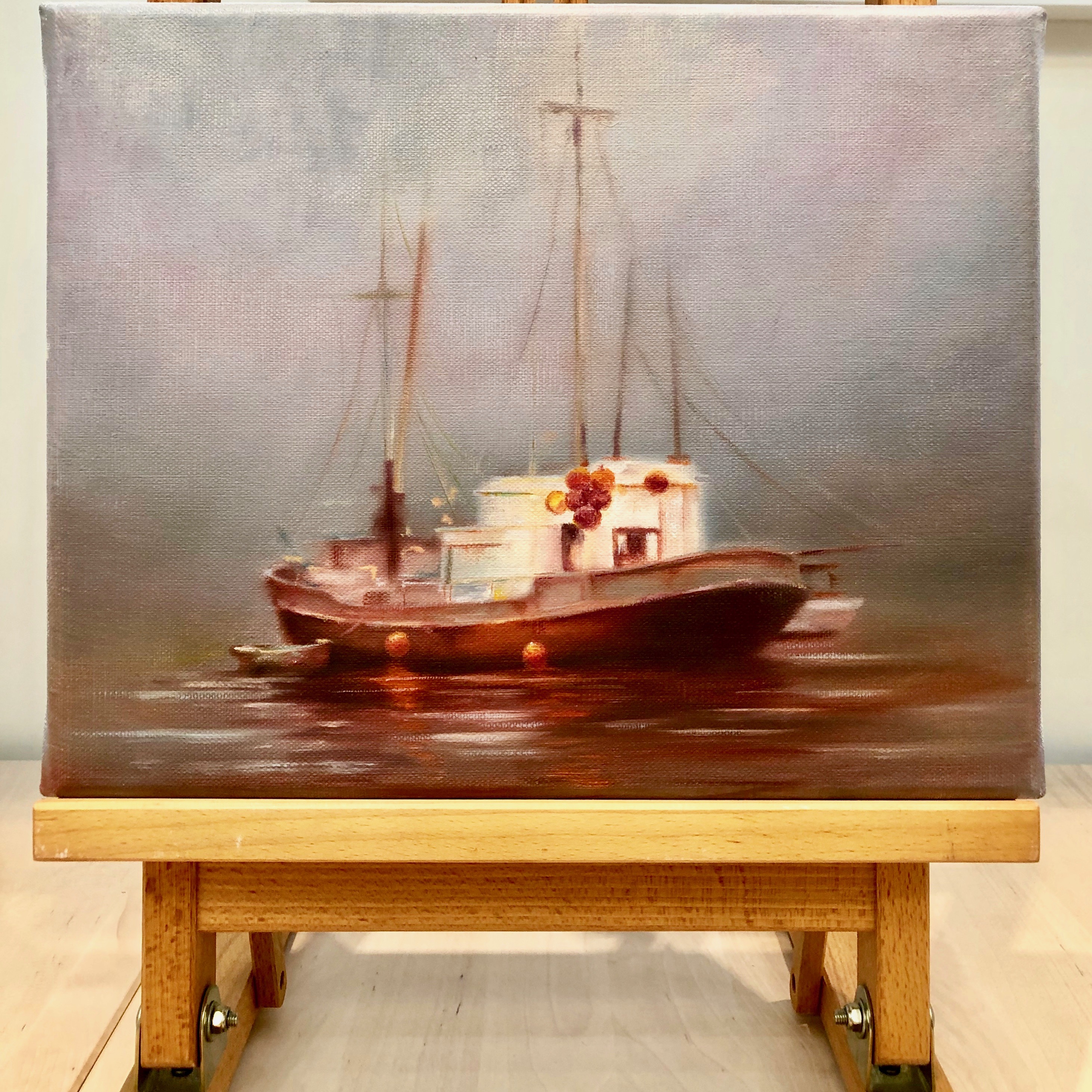 Working from a selected study of your choice you will explore the painting processes needed for alla prima oil painting applications and develop techniques for using color harmony to create realistic paintings through a clear and structured way of teaching which will give you confidence to advance. 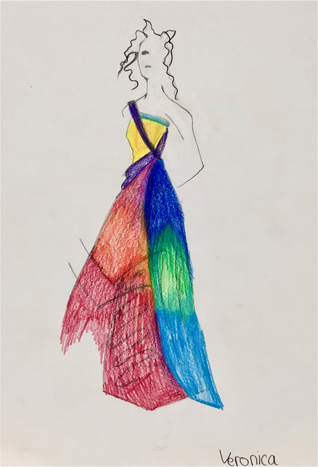 Drawing is the language of fashion. Learning to draw in the world of fashion gives you a huge advantage enabling you to communicate your design ideas more freely and effectively. 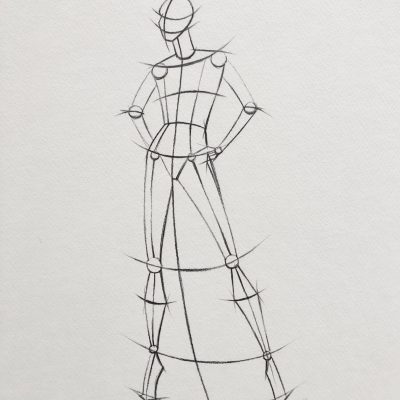 This course will help you explore drawing styles and techniques in the context of fashion. It will teach you how to draw fashion figures starting from the basic understanding of the 9-head proportion, body elements, movement and posture to fashion poses with garments. 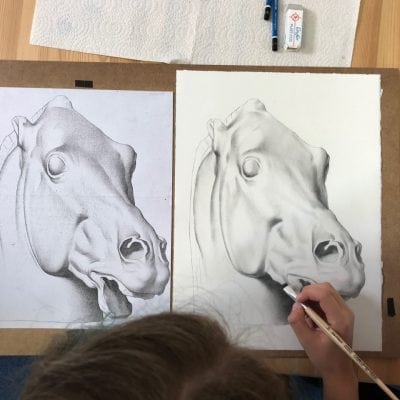 We can offer support to students at all levels to reach their career goals and aspirations as well as to beginners, intermediate and more advanced level artists.

Lessons are tailored according to the students previous knowledge, preferences, possibilities and future education plans. 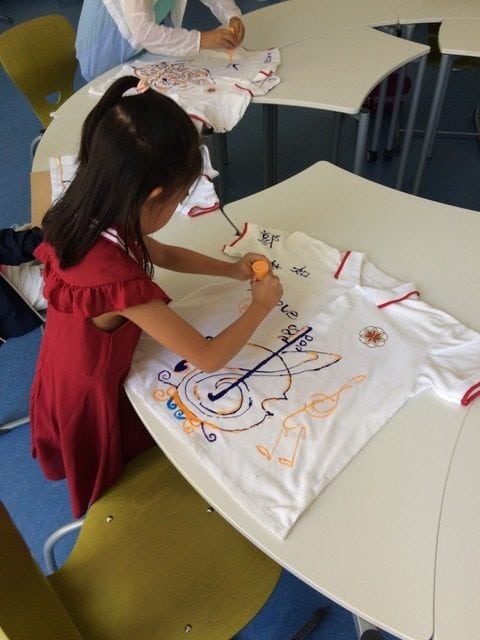 These courses can be presented in our standard format, or can be modified to suit your needs.

The time and content of this courses are adjustable according to your wishes. 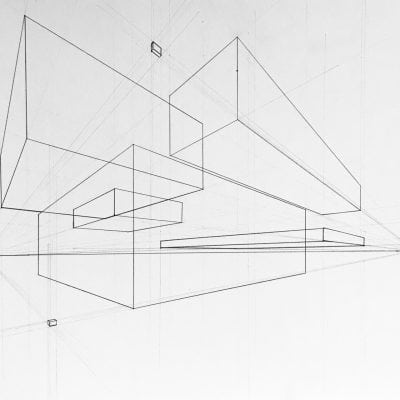 The Perspective Drawing Course offers a clear understanding of linear perspective, which is a necessary aspect of accurate drawing. Furthermore  course is  designed to enhance your knowledge of one, two and three point perspective and finally how to present depth and volume in images. 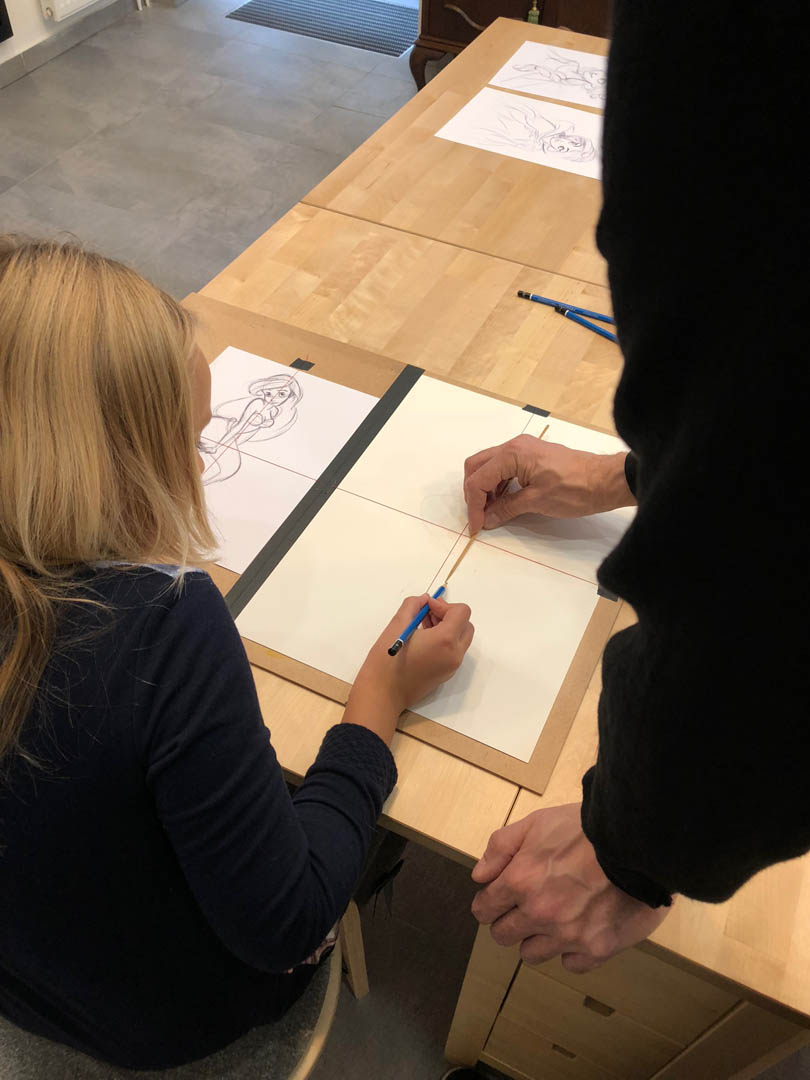 Individual Lessons in Drawing and Painting 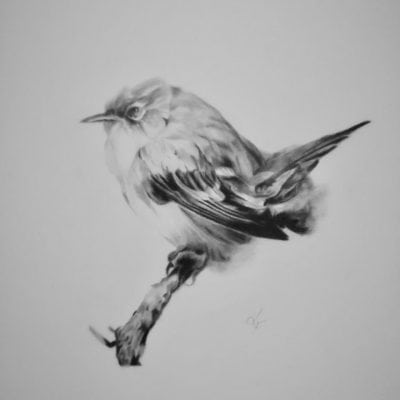 After successful completion of The Advanced Programme students can join professional level classical drawing course. This programme is designed for those students who intend to pursue their artistic form of choice at a professional/career level.

Art gift voucher for May Fine Art Studio is a great creative present for any occasion! It is an excellent incentive for a friend, colleague, family member or a loved one to start that art course they’ve been planning to do for years. 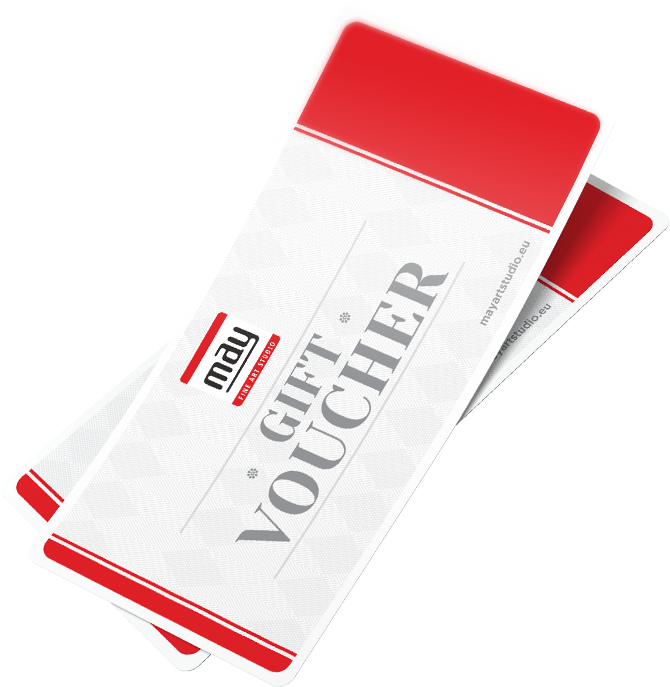 Please follow us on social media to stay up to date on new courses, news and exhibition dates.

Find out more or adjust your settings.

This website uses cookies so that we can provide you with the best user experience possible. Cookie information is stored in your browser and performs functions such as recognising you when you return to our website and helping our team to understand which sections of the website you find most interesting and useful.

Strictly Necessary Cookie should be enabled at all times so that we can save your preferences for cookie settings.

If you disable this cookie, we will not be able to save your preferences. This means that every time you visit this website you will need to enable or disable cookies again.

This website uses Google Analytics to collect anonymous information such as the number of visitors to the site, and the most popular pages.

Please enable Strictly Necessary Cookies first so that we can save your preferences!